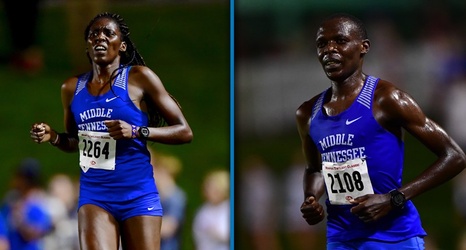 After winning his third individual championship title in the 2019 C-USA meet, Choge was named to the First Team All-Conference and led his team to a second place finish at the NCAA South Region Championships. He has led the Blue Raiders to five first-place finishes on the season, as he has one top finish of his own in the regular season and two second-place finishes.