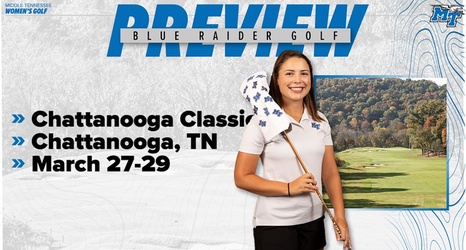 MURFREESBORO, Tenn. — Middle Tennessee women's golf returns to action at the Chattanooga Classic coming off a win in its last tournament. The Blue Raiders will take on the 21-team, 105-player field at the par-72, 6,234-yard Council Fire Golf Club two weeks after winning the Jackrabbit Invitational in Boulder City, Nev.

MT moved up from third to first in the final round of the Jackrabbit Invitational. All five members of the Blue Raider lineup finished in the top 20, led by Sophie Burks, who tied for fifth at 215 (-1).