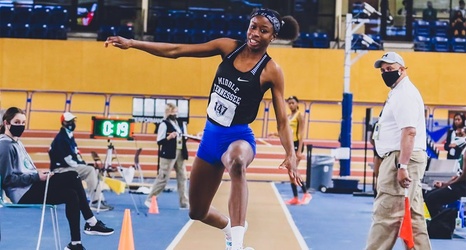 Jumps
Akera Benton's mark of 5.78m in the women's long jump earned her a seventh-place finish.

Esther Isa captured her second gold medal of the day with a personal best of 13.11m in the women's triple jump. Akera Benton had a solid outing with a leap of 11.