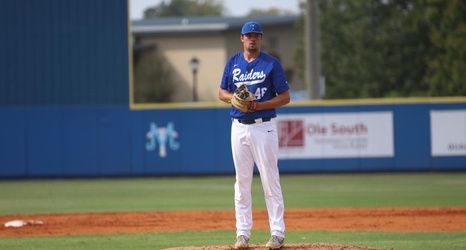 March 7, 2020. Austin Cheeley made his way off the bus and headed into the ballpark at Springs Brooks Stadium in Conway, S.C for the second game of a three-game set against national power Coastal Carolina. It's a routine he's followed for all of his life. After all, there isn't a more routine game than baseball. It's a love for that routine that pushes him forward every day. It's the same routine that was instilled in him as a small child by his biggest fan: his father, John. John always made sure to get to work early so that he could make it to all of his son's games growing up.