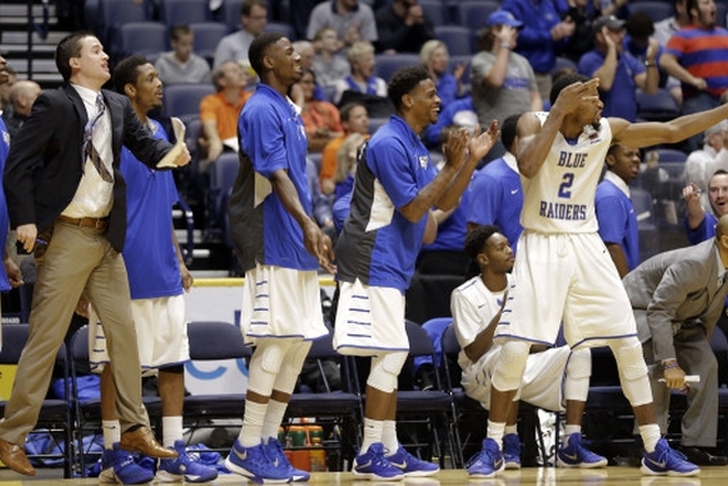 Middle Tennessee closed the season strong and now enter the NCAA Tournament on a six-game win streak after upsetting Old Dominion in the Conference USA Tournament title game. Can they keep the momentum going in the Big Dance? Here's everything you need to know about the Blue Raiders:

First off, we'd like to welcome Giddy Potts to the NCAA Tournament All-Name team - and chances are if you watched Middle Tennessee play this year, you heard that name a lot. Despite being the youngest player in the lineup, Potts leads the team in scoring and is one of the best shooters in the entire country, draining 49.3 percent of his shots from three-point range.

Middle Tennessee isn't a great defensive team, but they are very solid on that end of the floor. They give up just 68.8 points per game, but more impressively, rank 71th in the country in adjusted defensive efficiency.

There are only two teams in the country that shoot worse from the charity stripe than Middle Tennessee, and neither came close to sniffing the tournament. The Blue Raiders make just 60.5 percent of their foul shots, putting them at a huge disadvantage at the end of close games.

Outlook:
Making the tournament for the second time in four years is a great story for Middle Tennessee, but this group just doesn't have the top-to-bottom offensive talent needed to pull off an upset.