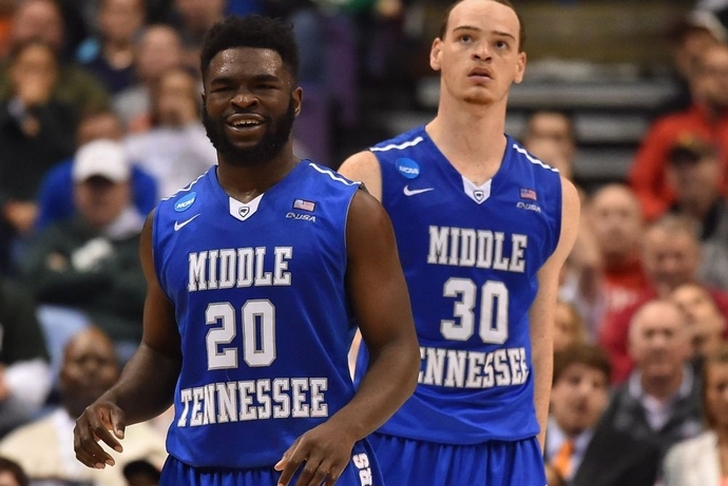 The Middle Tennessee Blue Raiders were a popular pick to pull off the 12-5 upset over the Minnesota Golden Gophers and they delivered, overcoming a slow start for a dominant 81-72 victory.

It is the second straight year in which Middle Tennessee has pulled off an upset in the first round of the NCAA Tournament. The Blue Raiders beat Michigan State, 90-81, as a 15-seed in last year's tournament.

Minnesota jumped out quickly to a 7-0 lead, but that advantage would not last long. After the opening spurt, Middle Tennessee outscored the Gophers 55-33 stretching into the start of the second half, where they were able to build a 15-point advantage.

Of course, as is usually the case in March, Minnesota wasn't done. They reeled off an 18-7 run of their own, cutting the deficit to just four points.

That made the game tight in the closing minutes, but Reggie Upshaw stepped up and hit a couple of big shots late and Arkansas transfer JaCorey Williams hit this key and-1 to preserve the victory for the Blue Raiders.

.@MT_MBB can feel the upset coming after this and-1 from JaCorey Williams (@Bball_Fanatic_)! #MarchMadness pic.twitter.com/VgwKsROVuU

Upshaw finished the game with 19 points and nine rebounds to lead the Blue Raiders in both categories. Williams added 13 points and six rebounds, while Giddy Potts added 15 points and five assists.

Middle Tennessee will now face Butler in the second round on Saturday with a berth in the Sweet 16 on the line.