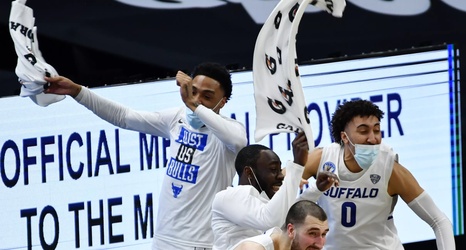 For the first time since 2006, the Mid-American Conference has qualified two teams into the National Invitational Tournament, as the regular-season champion Toledo Rockets and the conference tournament #2 seed Buffalo Bulls were both selected for consideration on Sunday evening.

This will be Toledo’s ninth appearance in the NIT, and the program’s first since 2019, while Buffalo is making their second-ever appearance, with a 1-1 performance in the 2005 tournament.

Unlike previous season, this year’s edition of the NIT will feature only 16 teams, down from the traditional 32 teams, and will all take place in one location, with the University of North Texas’ Comerica Center serving as the venue for all 16 games over the week-and-a-half of play.