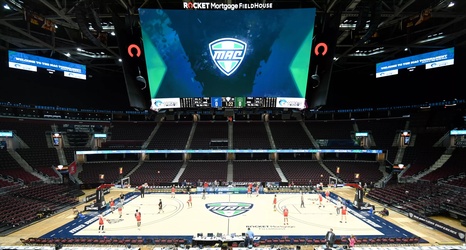 We’re now three weeks into our Chase for Cleveland coverage, and the projections are finally starting to steady after a handful of weeks where projections rocked back-and-forth due to cancellations and program pauses.

With every MAC team now hitting the double-digit games threshold, projections can be assured moving forward for the most part. (At the very least, we won’t have to account for technicalities that relate to a team not reaching league minimums allowing a team to slip in.)

One thing that’s changed since our first week coverage is the vulnerability of Toledo on the men’s side, as the Rockets’ hot shooting hand seems to have come out from under them, while the Kent State roadblock on the women’s bracket has been resolved, as the league has more-or-less normalized with the Flashes’ addition to the party after their pause due to COVID protocols.