RedHawks come back and beat Huskies, 27-24, after Bowers goes out with injury 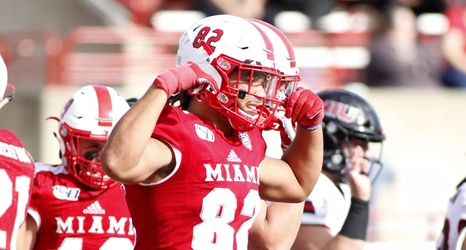 The Northern Illinois Huskies jumped out to a 10-0 lead with just over three minutes to go in the first half. But the Miami RedHawks would go on a 27-7 run in a 20 minutes span and end up winning the game 27-24.

Huskie quarterback Ross Bowers was hit late in the first half and left the game with what looked like possible concussion symptoms, leaving Marcus Childers at the helm for the final 36 minutes of the game.

Childers ran for two Huskie touchdowns and threw for another but it wasn’t enough as RedHawk quarterback Brett Gabbert was able to gut the NIU defense and get his team into scoring position on four of their six second half possessions.