Miami (OH) will play Louisiana in the LendingTree Bowl 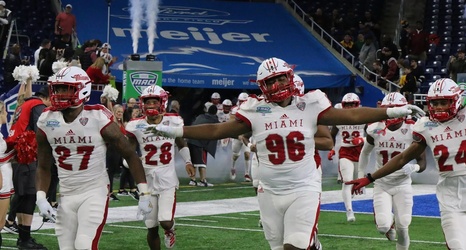 Less than 24 hours after winning a MAC Championship, the Miami RedHawks discovered where they’ll finish their successful season.

Miami (OH) will play the Louisiana Ragin’ Cajuns in the LendingTree Bowl in Mobile, AL. This is the first-year the bowl has been under LendingTree’s sponsorship after operating under previous names including the Dollar General Bowl and the GoDaddy Bowl.