How to Watch, Stream and Listen: 2019 Famous Idaho Potato Bowl 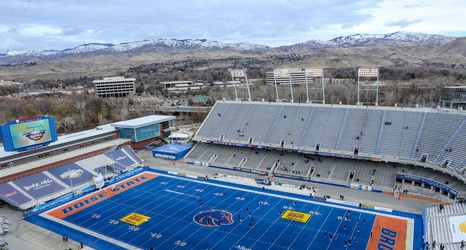 It’s time for everyone’s favorite bowl game involving an anthropormorphic potato as a mascot: it’s the 2019 edition of the Famous Idaho Potato Bowl!

The Ohio Bobcats (6-6, 4-4 MAC) are set to play the Nevada Woldf Pack () on the blue turf of Albertsons Stadium, as both squads look to end the season on a positive note after up-and-down seasons.

Both teams are also looking to extend bowl winning streaks, as Ohio looks to win their second bowl game in a row, while Nevada looks to add to their current two-game win streak over the last four seasons.