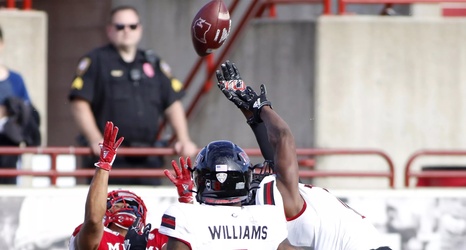 The topsy-turvy nature of the MAC this season continued Saturday as the Miami RedHawk offense that was dormant in the first half against the Northern Illinois Huskies registered 20 points in the second half to take the 27-24 victory in the Mallory Cup. However, what does the game mean to both teams moving forward?

One of the keys of the game Saturday was the play of Miami’s defense. As a team, it recorded nine TFLs, five pass break-ups, and a pair of sacks in game where it made more plays than NIU’s defense (four TFLs, two PBUs, and a sack).