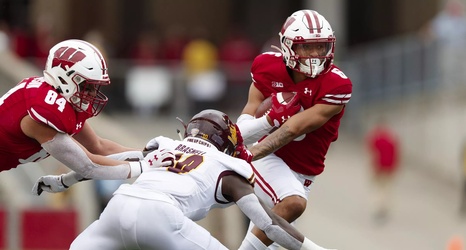 I’m just gonna come out and say it: CMU played poorly on Saturday. It was the definition of failure on all fronts for certain, as they looked every bit of a team whose slate had been wiped clean in the offseason.

Many fans of Central football, myself included, had already chalked this up as a loss for the most part, so it certainly doesn’t come as a shock to see the Chippewas fall to the now 14th-ranked Badgers. What’s truly shocking was the awe-inspiring way that CMU managed to lose the game. Simply put, the team was not ready for Saturday’s game, and it showed.