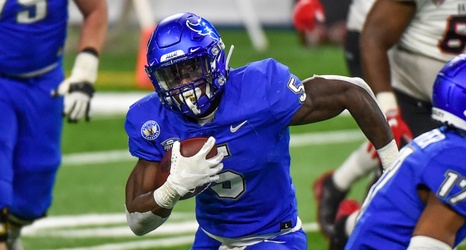 Buffalo put on the points in 2020. With an approach of running down opponents’ throats, yet, keeping them honest with the passing game, the Bulls averaged the fifth most points per game in the entire FBS at 43.4.

Plenty of returning skill position players return to fortify the offense, but due to an offseason coaching overhaul, Buffalo is forced to operate under new leadership. Former Michigan co-defensive coordinator Maurice Linguist takes over Lance Leipold’s duties as the head coach, while Shane Montgomery — an offensive coordinator from FCS powerhouse James Madison — replaces Andy Kotelnicki, who joined Leipold at Kansas.