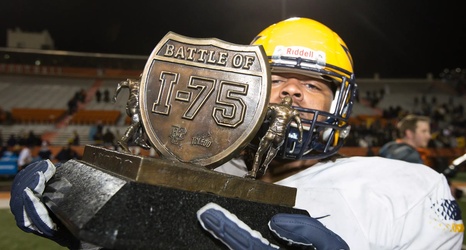 What a way to kick off the MAC football season in Northwest Ohio with some MACtion, featuring arguably the MAC’s premier rivalry game.

On Wednesday night, the heated rivals, separated by roughly 25 miles, will kick off a nationally televised game with the winner taking home “The Battle of I-75 trophy.” Rivalries don't get much closer than this as the all-time series is tied 40-40-4 after Bowling Green took home a major upset victory in 2019 to snap the Rockets’ nine-year win streak.

A year ago, BGSU won 20-7 in front of a crowd of over 19 thousand at Doyt Perry Stadium.