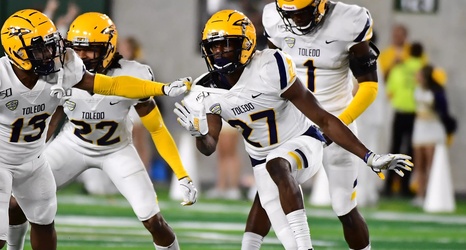 About two months removed from the usual kickoff dates, the Mid-American Conference is a week away from restarting its fall season in earnest on Wed., Nov. 4, with a slate of six games in three broadcast windows across the ESPN family of networks.

The coaches poll, revealed on Wednesday, had the Toledo Rockets and Miami RedHawks slated to win their respective divisions, while Thursday’s media poll selected the Central Michigan Chippewas and Buffalo Bulls.

2019’s preseason polls saw both coaches and media in agreement that Ohio and Toledo would make the MAC title game.