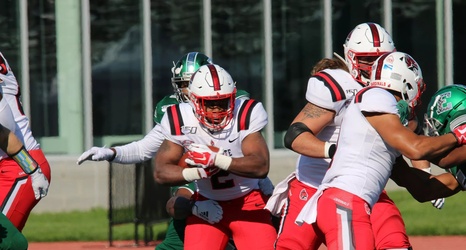 It’s a new year, and a Neu Ball State.

Mike Neu’s Ball State Cardinals pulled off their second-consecutive road upset last Saturday to rise to 2-0 in MAC play, the lone team in the West division to remain undefeated in conference. Ball State came back down two possessions in the second half of both games. First, they won their first Bronze Stalk trophy in 11 years by clawing back down 14 at Northern Illinois, and last week, they forced four turnovers to slide past Eastern Michigan in Ypsilanti.

The Cardinals have yet to register a bad performance this year.