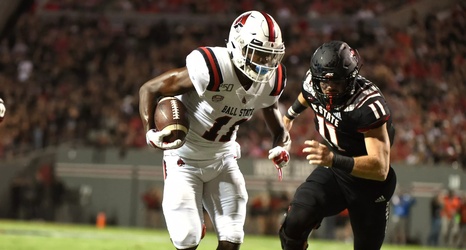 After committing four giveaways in last week’s 41-31 home loss to Florida Atlantic, head coach Mike Neu emphasized how it important it was for Ball State (1-3) to solve its turnover problems.

Despite doing just that on the road against North Carolina State (3-1), it was special teams that ruined Ball State’s chances at an upset in a 34-23 loss on Saturday night.

The Wolfpack blocked a Nathan Snyder punt while holding a 27-16 lead midway through the fourth quarter and returned it to inside the Ball State 10-yard line. The ensuing touchdown run by quarterback Matt McKay extended the lead to three scores and largely ended Ball State’s upset bid.