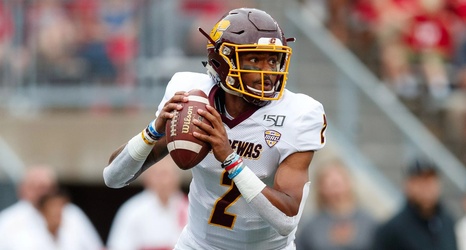 The future looked just fine for the Central Michigan Chippewas (2-1), as several players stepped up to fill the voids left by several injured starters in a 45-24 victory over the Akron Zips (0-3).

David Moore finished his day 20-of-31 for 316 yards and two touchdowns in his first start as a Chippewa in place of the injured Quinten Dormady (knee) to lead CMU. Kobe Lewis, the starter who replaced Jonathan Ward (shoulder), paced the rushers, carrying 25 times for 148 yards and three touchdowns. True freshman Lew Nichols also got some run, with 45 yards on seven carries.