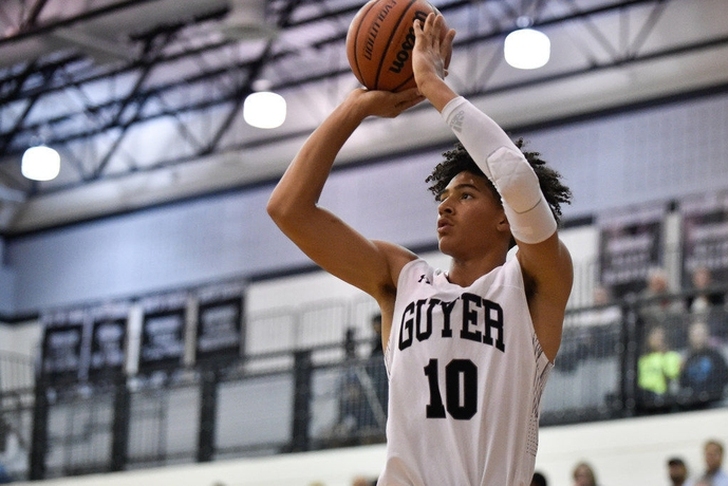 The Michigan Wolverines basketball program has added a major recruit. Four-star recruit Jalen Wilson announced just now on Twitter that he's committed to the Michigan Wolverines. Wilson is a member of the class of 2019. It was a BIG DAY for Michigan basketball, as star Charles Matthews opted to withdraw from the NBA Draft and return to Michigan for his RS junior season.

Wilson was down to six schools before his decision: Kansas, UCLA, Baylor, Oklahoma State, Marquette and of course Michigan. Wilson is the #3 player in the state of Texas and the #8 small forward. He's the #34 overall recruit, per the 247Sports composite rankings.

Michigan was a late offer for Wilson, as they extended him one shortly after his May 11th visit. Wilson is the first commitment for Michigan in the class of 2019.