Zavier Simpson's dissection of Purdue surprises nobody, not even Matt Painter 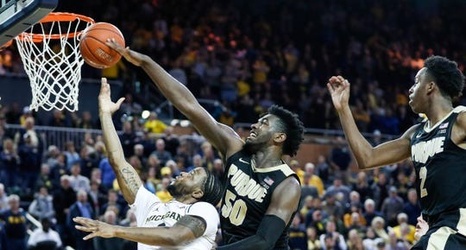 It is hard to be surprised by Zavier Simpson anymore.

Michigan basketball's senior point guard has played in 131 games. He has won exactly 100 of those contests. His latest victory came Thursday night, in a double overtime win against Purdue at Crisler Center.

And it was the quintessential Simpson performance.

Simpson carried the Wolverines to a hard-fought victory. He did not take a shot in the first 18 minutes of the game. Then he finished with a team-high 22 points and nine assists. When Michigan needed him most, Simpson was Simpson: careening down the lane for a layup, throwing in his patented sky-hook, spraying passes to open teammates.