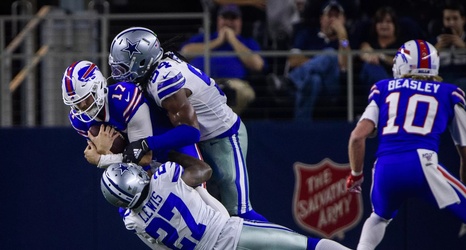 It’s been an up and down season for third year pro Jourdan Lewis with the Dallas Cowboys. He hasn’t had the most consistent of playing time or opportunities given to him by coach Jason Garrett. Thursday, the Cowboys lost 26-15 to the Buffalo Bills, but Lewis put forth one of his best individual performances of the season.

Patriots QB Tom Brady had a stronger performance than weeks past, throwing three touchdowns while going 24/47 and throwing one interception in New England’s 28-22 loss to the Texans in Houston.