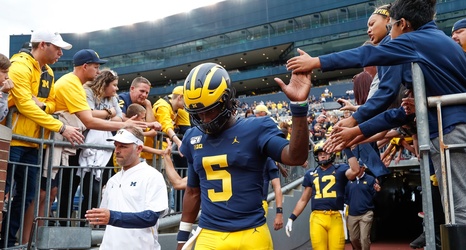 When Jim Harbaugh arrived at Michigan in December 2014, he was known as a quarterback guru.

At San Diego, he helped Todd Mortensen and Josh Johnson become NFL players. He recruited Andrew Luck to Stanford and developed him into a No. 1 overall pick. And he resurrected Alex Smith's career in San Francisco before reaching the Super Bowl with Colin Kaepernick.

When it came to developing quarterbacks, Harbaugh's record was practically flawless. At every stop, he found a star at the most important position on the field.

Harbaugh is entering his sixth season with the Wolverines, his longest tenure at any one place as a head coach.