Why Michigan football's matchup against ex-teammate, QB Brandon Peters, is in doubt 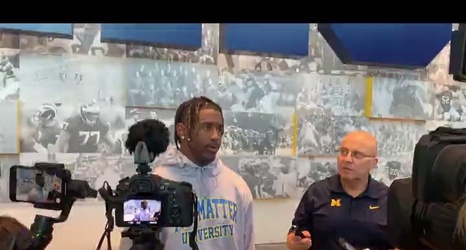 For the past two weeks, Michigan football has played against Big Ten teams featuring former Wolverines.

U-M faced former linebacker Drew Singleton two weeks ago in a 52-0 win over Rutgers. Then on Saturday, the Wolverines played against former receiver Oliver Martin in a 10-3 win over Iowa.

Peters, who transferred to Illinois this past offseason, has been the Fighting Illini's starting quarterback.