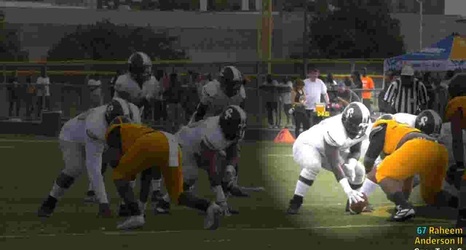 Next year, when Detroit Cass Tech center Raheem Anderson II decides which college he wants to attend, making the announcement should be a snap.

It certainly couldn’t be any tougher than when he decided to enroll at Cass as a ninth grader. He had to break the news to his father, Raheem, who was a mainstay in the trenches for the late 80s football teams at arch-rival Detroit King.