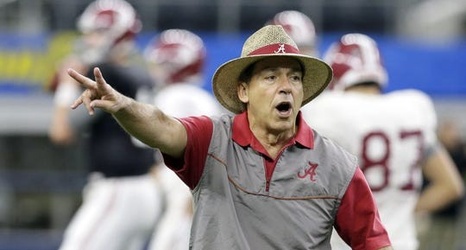 As that old jazz standard revealed a long time ago, the stars fell on Alabama.

Sometimes there, the sky does, too.

It did on Sunday, when the Crimson Tide was officially excluded from the College Football Playoff for the first time since its inception in 2014.

Hours later, Alabama learned it would play in the Citrus Bowl against Michigan football in a matchup that has major brand appeal and allure to traditionalists.