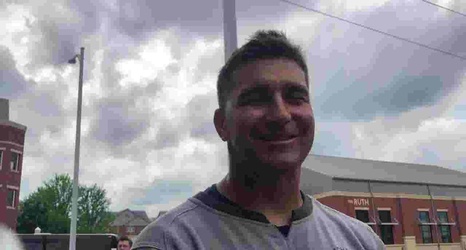 Omaha, Neb. — That Michigan baseball coach Erik Bakich and the Wolverines are in the final two playing for a national championship in the College World Series isn’t enough. Not even close.

Bakich has plans. Big plans. Always has since he took over the program in 2013.

Bakich is 41, the youngest head baseball coach at a BCS school. Now in his seventh season with the Wolverines, he has led them to their first World Series since 1984 and they are playing for a national championship that would add to the two that Michigan won in 1953 and 1962.