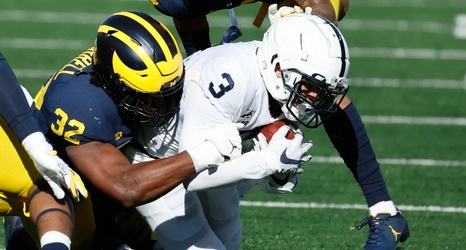 Among the topics on this week’s Future Brew podcast include a couple of the edge/linebacker prospects who visited Ann Arbor last weekend — three-star Kevonte Henry and three-star Micah Pollard — what their best attributes are and how they’d fit in Michigan’s defense.

Von: Stephen, I wanted to talk to you about Henry specifically, because he isn’t a guy we’ve covered a ton. He was offered back in April — has really flown under the radar to these other edge/linebacker prospects, like Micah Pollard. What do you see on film on Henry that piqued Michigan’s interest to offer in the first place and get him out on a visit?