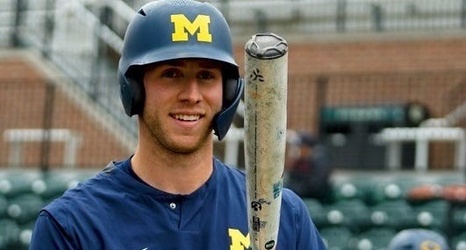 After a dominating three-game sweep against Michigan State in East Lansing in mid-April, Michigan won just five of its next 14 games. But the Wolverines found some joy from a familiar foe Tuesday night, scoring nine first-inning runs and holding on for an 11-8 win over the Spartans before 1,734 fans at Ray Fisher Stadium.

"We're having a good time. We have our rivals," Michigan junior right fielder Clark Elliott said with a big grin. "So it's always nice to beat them up.