'We didn't get it done': UM softball falls in Big Ten tournament final in extras 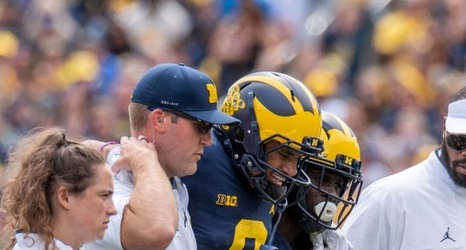 East Lansing — Michigan will be in the NCAA softball tournament field but not as Big Ten tournament champions.

The No. 4-seeded Wolverines lost, 3-1, to Nebraska, the No. 2 seed, Saturday in extra innings of the title game at Secchia Stadium on the Michigan State campus. The Cornhuskers scored twice off starting pitcher Alex Storako in the top of the eighth inning to snap the tie.

This was the second extra-inning title game in Big Ten tournament history and first since 2016 when Minnesota defeated Michigan.

The Wolverines, ranked No. 23 nationally, had three hits against the Huskers and stranded eight runners.