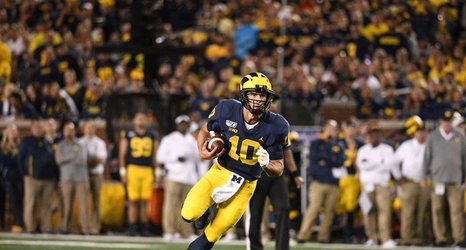 Former San Francisco 49ers coach Bill Walsh has been dead for over a decade, but how he impacted the game of football and evaluated the quarterback position still shines bright.

Michigan head coach Jim Harbaugh knew Walsh well, even giving him tips on footwork when he was the Chicago Bears starting quarterback. When Harbaugh was introduced as the head coach of Stanford in 2006, Walsh (a former Stanford head coach and interim AD) was in attendance. During Harbaugh’s first year at Stanford, he was able to pick Walsh’s brain aplenty and share conversations about life, and football.