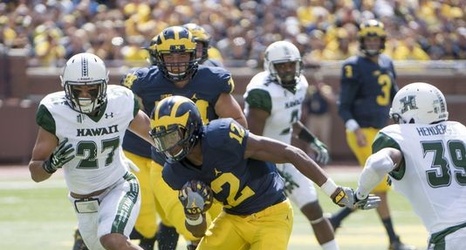 “I mean he’s supposed to say that. He’s a basketball player,” Simpson said. “Should he say another person can guard him? He’s supposed to be confident like that.”

Starks might not be any more after he learned the hard way about Simpson’s defensive prowess and was rendered a nonfactor in Michigan’s 99-72 shellacking of Texas A&M.