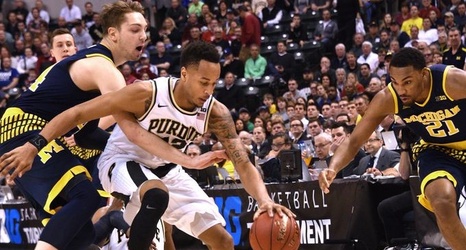 Ann Arbor -- Two high-profile bracketology experts now have Michigan in the NCAA Tournament, after a weekend of going back and forth.

CBS Sports' Jerry Palm has the Wolverines an 11 seed opening against Dayton in Providence, while ESPN's Joe Lunardi also has them an 11 seed but opening with a play-in game in Dayton, Ohio, against San Diego State.

Michigan (22-12) had a nice run in the Big Ten tournament, beating top-seeded Indiana, to improve its odds of making the NCAA Tournament, after missing it last year.