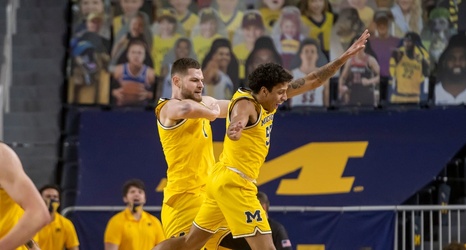 Not after getting run over by Illinois. Not on Senior Night. And especially not against rival Michigan State.

The No. 2 Wolverines refused to be denied as they dominated the second half to bury the Spartans, 69-50, in a foul-filled, wire-to-wire victory Thursday at Crisler Center.

With the win, Michigan clinched its first regular-season conference title since 2013-14 and 15th in program history. The Wolverines also locked down the No. 1 seed for next week’s Big Ten tournament in Indianapolis.