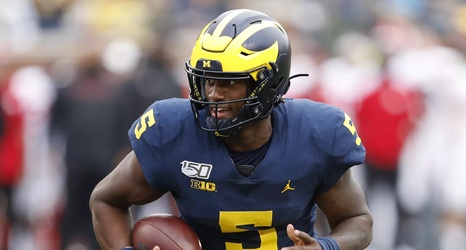 Michigan quarterback Joe Milton looks like QB1 for Michigan, but it hasn’t always been that way. Milton was No. 3 on the depth chart heading into the 2019 season. Milton had to battle against Shea Patterson and Dylan McCaffrey, both of whom are not on the team now. Milton’s journey in Ann Arbor has included various ways he’s impressed his teammates and coaches, and not all of that has been with his play. Milton’s leadership has been praised of late by Josh Gattis and teammates such as Josh Ross and Giles Jackson.