The latest with the Josh Christopher recruitment and social media saga 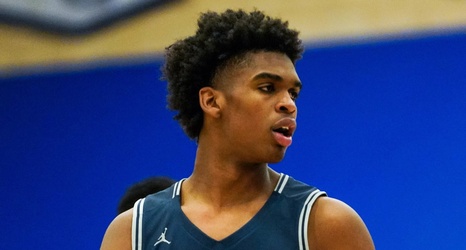 Five-star 2020 shooting guard Joshua Christopher released a new top five schools on Tuesday night, adding USC to the mix and replacing Kentucky. The Michigan Wolverines remain in the mix along with Arizona State, Missouri and UCLA.

But wait, didn’t he just trim down to a list of four back in late February? He did, as Michigan, ASU, Mizzou and UCLA were the teams there. That has led people to wonder what is going on with USC now involved.

USC has been somewhat hot on the trail recently with a slew of grad transfers and a commitment already from No.