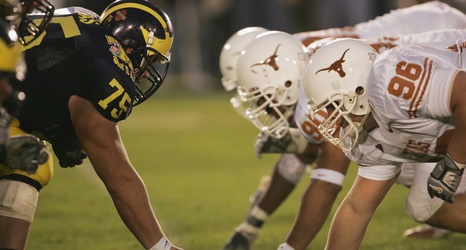 Texas and Oklahoma sent shockwaves through the college sports world in late July when the news leaked they were planning a jump to the SEC. Everything moved quickly, the dust settled and within a week, both the Longhorns and Sooners had officially consummated their new conference relationship.

But it was not always the SEC.

Texas president Jay Hartzell said this week that Texas explored other conference options in addition to the SEC with the ACC and Big Ten. There were never any formal talks with either conference, it was something that was being kicked around with Texas’ administration.