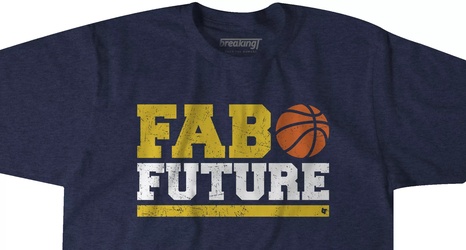 Juwan Howard has officially been named the next head coach of the Michigan Men’s Basketball program and we have once again partnered with our friends at Breaking T for t-shirts to commemorate the new era of Wolverine hoops. We will donate part of our cut from the shirts to the ChadTough Foundation.

Michigan’s rebooted basketball program comes in the form of a link to the past era of the Fab Five with Howard, who was one of the more prominent figures in team history and went on to a long NBA career capped off by spending the last six years as an assistant with the Miami Heat.