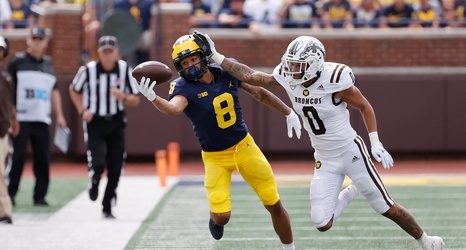 Ronnie Bell’s path to Michigan looked very different than most. The Missouri native was known more as a basketball player in high school, not a football player. As a senior in high school, Bell had a big year going for 1,605 yards and 21 touchdowns on 89 receptions, but he originally committed to play basketball at Missouri State after receiving no Division 1 football offers.

That was until Jim Harbaugh found him.

Bell had an immediate impact on the field during his freshman year, as his highlight plays and solid first season earned him the offensive rookie of the year award.