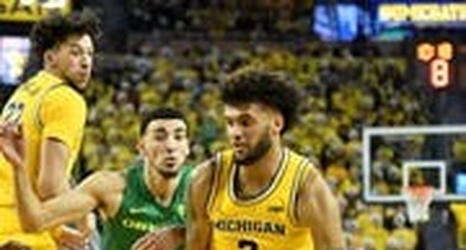 Michigan’s rematch against Oregon has been set.

According to CBS Sports’ Jon Rothstein, the Wolverines and Ducks will play the return game of their home-and-home series on Nov. 14 in Eugene, Oregon next season.

It will be Michigan’s first trip to Matthew Knight Arena and first time playing at Oregon since 1955.

It will also mark the third meeting between the teams in five seasons. The Ducks have won the past two encounters by two total points — a 69-68 win in the Sweet 16 round of the 2017 NCAA Tournament and a 71-70 overtime victory at Crisler Center this past season.