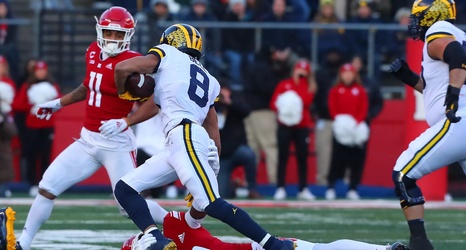 Michigan and it’s opponent this week, Rutgers, don’t have an extensive history. The two schools have only played five times, with the first meeting taking place in 2014. We don’t speak of that first game, which Michigan lost in Brady Hoke’s final season.

Since Jim Harbaugh took over in 2015, the meeting history has looked quite different.

Michigan’s defense held Rutgers to less than 100 yards passing, while quarterback Jake Rudock torched the Scarlet Knights for 337 yards and two touchdowns through the air.