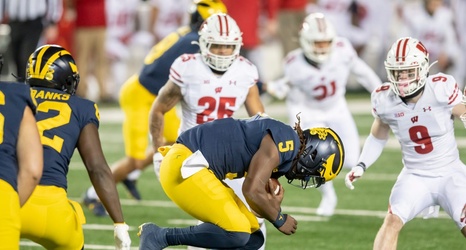 Michigan was handed another embarrassing loss on its own home turf on Saturday night, as the visiting Wisconsin Badgers outmatched their opponent in every dimension en route to a 49-11 beatdown of the Wolverines.

Joe Milton threw interceptions on his first two throws of the game and was later benched for sophomore backup Cade McNamara, who scored four plays into his season debut. Michigan (1-3) picked up just 219 total yards on offense while Wisconsin (2-0) totaled 468 while averaging just under 7 yards per carry.