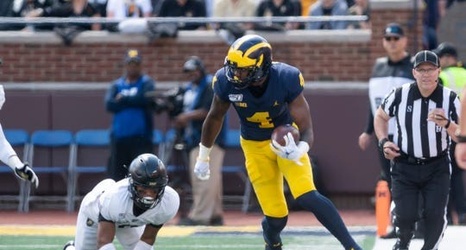 Michigan comes out firing to start the second overtime. Shea Patterson sails a pass to an open Nico Collins in the end zone on first down. Tarik Black can't haul in a second-down throw that's not exactly on the money. Patterson's third-down throw is quite awful. Here comes the field goal unit.

Kevlin Hopkins is stopped for a gain of only 2 yards on first down. Aidan Hutchinson gets to the backfield with ease and wraps Hopkins up for a loss of 3 on second down.