Reasonable expectations for Michigan’s first game of the season 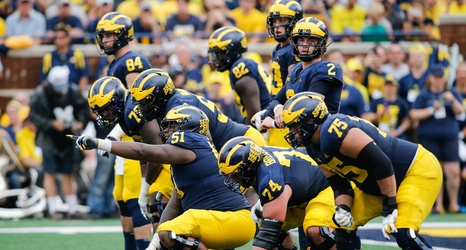 Starting the season on the road, at night, against a ranked opponent, with a first-time starter at quarterback is a recipe for disaster. Layering on top of that the craziest year that any of these players have ever experienced plus a non-traditional offseason only accentuates this further. Still, the Michigan Wolverines enter the first game of 2020 with plenty of optimism.

A lot will be taken from the season opener, which makes sense considering that no one really knows what to expect out of this team. Michigan is replacing a bunch of key contributors, and there is not a lot of game film (or practice reports) to dissect on many of the new starters.