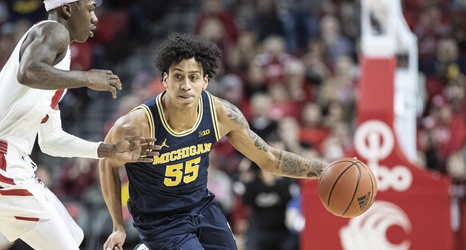 When the Michigan Wolverines take the floor this season, it will mark the beginning of a new chapter for the team’s backcourt.

Gone is Zavier Simpson, who emerged as the program’s heart and soul after taking control of the starting point guard job midway through his sophomore season. Simpson guided Michigan to the 2018 national title game and 2019 Sweet 16 during his two NCAA Tournaments as the team’s starter, and as a senior, he racked up the third-most assists in the nation as the Wolverines ushered in the Juwan Howard era. By the time he and classmate Jon Teske had their careers cut short due to the COVID-19 pandemic, they had already become the program’s all-time winningest players.