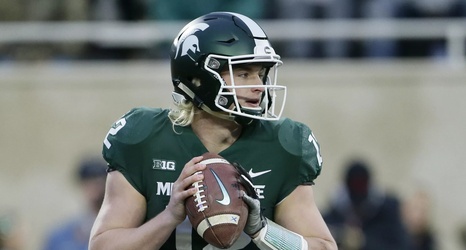 Last Saturday is not exactly how Michigan State hoped — or expected — the debut to go for its new head coach and new starting quarterback, but unfortunately it looks like this season could be a tough one in East Lansing. It does not get much worse than losing to Rutgers, and even ignoring the seven turnovers, there are plenty of negatives to point out from the opening week performance.

Though he was not flawless, quarterback Rocky Lombardi should be near the bottom of the list in terms of things to fix.