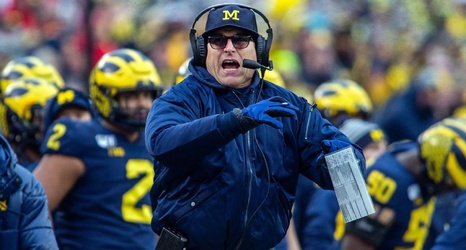 ANN ARBOR, Mich. -- Michigan defensive lineman Aidan Hutchinson stared at the stat sheet that showed just how badly Ohio State had beaten the Wolverines yet again, and he kept shaking his head.

"It's hard to look at," he said, barely glancing up.

The disbelief in the postgame interview room on Saturday felt palpable. Though the Buckeyes have owned the series since 2001, Michigan players genuinely seemed dumbstruck that they had lost in blowout fashion yet again, offering empty thoughts about just needing a little better execution to break their long losing streak to Ohio State.