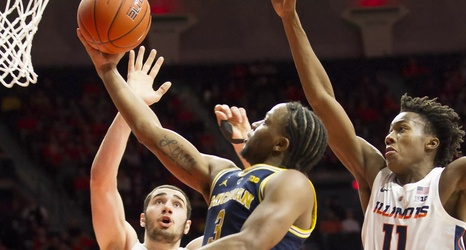 The Michigan offense was on fire against Iowa last Friday, helping the Wolverines start Big Ten play 1-0. The Wolverines now head on the road for the second of two early conference matchups, facing a solid-looking Illinois team. After struggling to get it going against Louisville, the maize and blue proved that this offense can annihilate non-elite defenses with ease and seem to be right back on track.

The Illini were seen as a potential sleeper in the preseason and have lived up to that so far, going 6-3 to start the year with wins over the lesser teams and losses against upper opponents, including a close defeat at Maryland last Saturday.