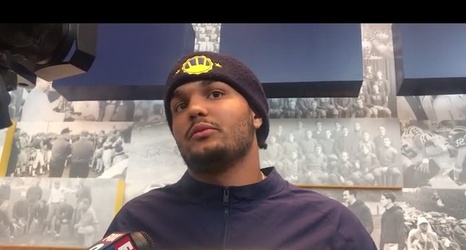 Ann Arbor — Bum’s the word after a loss like the one Michigan just suffered at Penn State.

At least that’s the sort of derogatory comment that routinely gets thrown at college athletes like Ronnie Bell, the sophomore receiver whose dropped fourth-down pass in the end zone helped seal the Wolverines’ fate in a 28-21 defeat Saturday night.