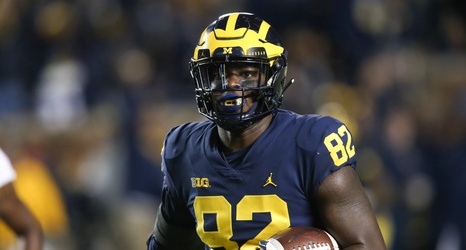 Nick Eubanks has yet to make a huge impact with the Michigan Wolverines at tight end, but that should change heading into his senior season in a system that may better suit what he does best.

Eubanks may be one of the bigger benefactors of Jim Harbaugh, who called Eubanks one of his favorite players all-time, deciding to modernize the offensive attack and bring in Josh Gattis to run that side of the ball.

Many people expect a complete overhaul of what the Wolverines are set to do offensively, but Eubanks actually sees similarities in most of it and familiarity in what he had to tweak in his game.